Every two years, the German Chamber of Engineers-Civil and the German Association of Consulting Engineers present the German Bridge Engineering Award for outstanding performances in bridge engineering. On 12th March, 2018, the evening before the Dresden Bridge Symposium, the award winners were honoured during a ceremony that hosted 1,200 guests.

The pilot structure Greißelbach, developed and implemented by SSF Ingenieure together with the construction company Max Bögl, was one of three nominees in the category “Road and railway bridges”. The film, shown in the framework of the award ceremony, highlighted the distinctiveness of the structure for the jury: The road bridge demonstrates on a small scale the modular construction with prefabricated elements and thus the fast and economically efficient implementation of robust structures. In the jury’s eyes, those features make the pilot project a pioneering structure in view of future developments in civil engineering. 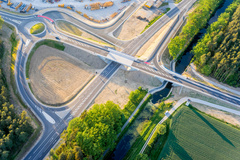 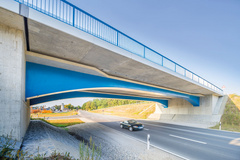 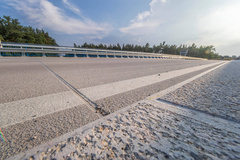 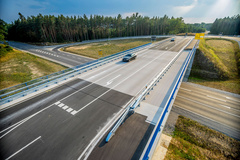