Today on 9 July, Museumsinsel, the last station of the new underground railway U5 in Berlin, will be opened. The 16-metre deep station runs partially under the Spree Canal and close to numerous adjacent buildings, which made its construction particularly difficult. Contrary to the other stations of the line, station Museumsinsel was not entirely built by cut-and-cover method but by mining technique with ground freezing to avoid water infiltration.
Not only the demanding construction surroundings are special about this station, but interior fitting is anything but usual. In the style of Schinkel’s stage set of The Magic Flute, the vaulted station ceiling was designed in blue and equipped with 6,662 light spots, sparkling like a night sky.

In the context of the U5 gap closing, in total three new stations were built: Rotes Rathaus, Unter den Linden and Museumsinsel. The other two had already been opened in December 2020, and trains had only passed through station Museumsinsel as due to its complex construction it hadn’t been completed. Its opening is the final step of the U5 gap closing project and the capital’s centre is now well connected to the public transport system. 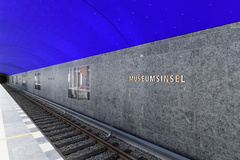 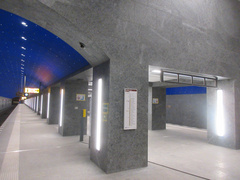 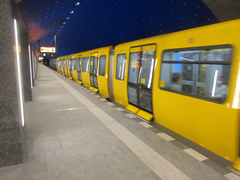 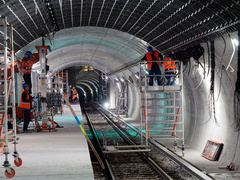