2nd place for the design established by SSF Ingenieure

On almost one kilometre, Rudolf-Wissel Bridge spans River Spree in Berlin’s north-east and is thus part of the federal motorway A100. The longest bridge in the Berlin metropolitan area will be replaced by a new structure after a resolution by the Senate Department for the Environment, Transport and Climate Protection. Together with DEGES (German Unity for Motorway Planning and Construction Company), the Senate opened the design competition for the bridge’s new construction in January 2017. SSF Ingenieure and their engineering joint venture was placed among the top 3 with its design concept.

The offer proposed by SSF Ingenieure distinguishes itself by a fast and economically efficient erection of the new bridge as steel composite structure by means of a modular construction system, the maintaining of traffic by redirecting traffic to the new structure during two main construction phases, the widening of the deck and the disentanglement of interchange Charlottenburg by lengthening the adjoining connections to Rudolf-Wissel Bridge. The innovative offer placed the engineering joint venture in second place in the overall competition.

The position of Rudolf-Wissell Bridge in terms of traffic and inner-urban location is a special case, which is why the Senate Department and DEGES opened the idea competition and invited engineering offices and joint ventures throughout Europe to participate. The jury of representatives from the Federal Ministry of Transport and Digital Infrastructure, the Senate Department for the Environment, Transport and Climate Protection as well as from DEGES took into consideration the effect on traffic, construction time, structural design/construction technology, approval possibilities, project costs/economic efficiency, environmental impact and fees. 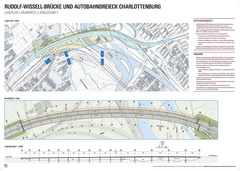 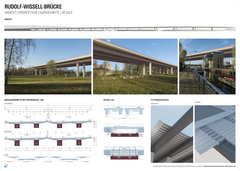 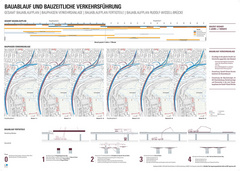 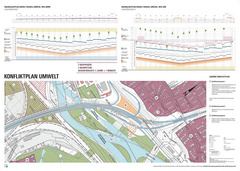