Assembly of steel superstructure over motorway A92 and DB railway tracks

Currently, the steel superstructure of the railway bridge at interchange Neufahrn is assembled on a scaffolding before it is lowered into its final position.

The 180m-long and around 10m-high bridge will soon take the trains over motorway A92. The structure consists of a double-tracked superstructure, placed on two box-shaped abutments and two concrete piles. The superstructure is a continuous composite steel box girder with a concrete deck slab. The structure including the temporary constructions is mostly built while traffic on undercrossing routes is maintained.

The project “Erding ring connection, lot A2, bend Neufahrn” leads regional train traffic, in addition to the regional S-train, directly to the airport. The airport will then be directly accessible by railway traffic from North-East Bavaria and South-East Bavaria. The new construction of the double-tracked, electrified Neufahrn north-bend (line 5559) links the lines 5500 (Munich-Regensburg) and 5557 (Neufahrn-Munich) by the newly constructed branch-offs Neufahrn North and Neufahrn East. 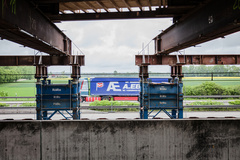 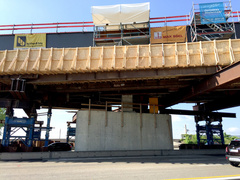 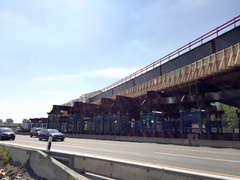 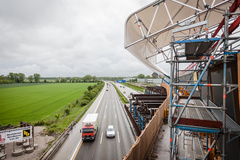 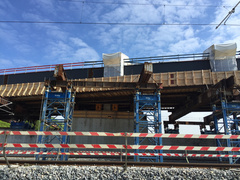 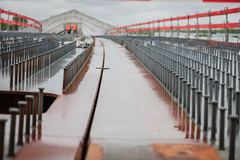 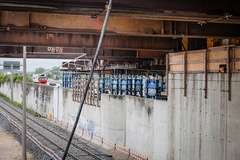