Railway line Munich-Zurich – launching of the bridge in Wangen

On 2 March, the railway bridge over river Obere Argen in Wangen was launched. The section is part of the line upgrade between Munich and Zurich.

The three-span, 5220-tonne heavy structure, with supported composite superstructure, was placed into its exact final position by hydraulic launching.

After completion of the upgrade, travel time between Munich and Zurich will be reduced by more than one hour to less than 3.5 hours. This is achieved by electrifying the line through the Allgäu, a modernisation of the track and comprehensive conversion of railway installations in Lindau.

The line upgrade also comprises the 116-metre long railway bridge over river Obere Argen in Wangen; SSF Ingenieure signs responsible for the bridge’s design and execution. The renewal was absolutely necessary as the old bridge from 1989 was in very bad condition and had a load limit as well as a speed limit of 100 km/h. The renewal of the bridge was the most complicated individual structure during the construction process and the launching was particularly spectacular. The new bridge consists of a three-span continuous girder as steel truss with reinforced concrete slab. The clear width between the abutments is 111.80 m. 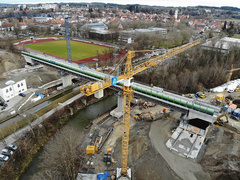 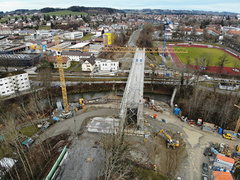 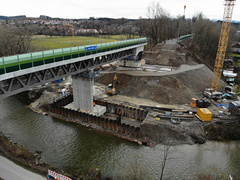 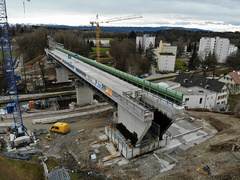 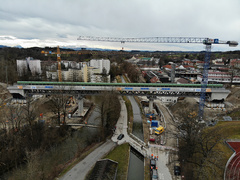 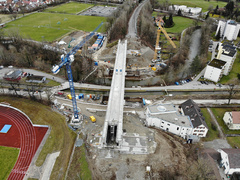 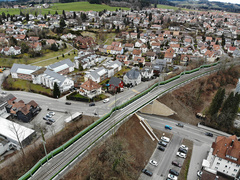