Completion of the Currently Longest VFT Frame of ÖBB

The VFT bridge part of the railway bridge over River Salzach near Schwarzach/St. Veit in Austria is almost completed. In the night from 7th to the 8th March, 2016, the VFT girders for the second track were assembled. The 2nd construction section will be put into service on 10th April, 2016.

The integral frame with a span width of 46 m is currently the longest VFT frame built by the Austrian Railway Company ÖBB. The assembly weight of the girder was around 90 tonnes.

The following morning, the girder of the pedestrian bridge was placed. Composite dowels were used to secure the girder’s composite. 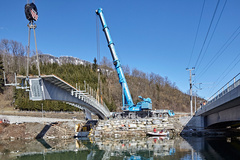 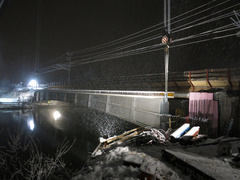 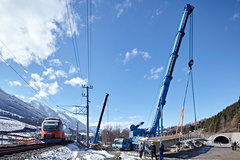 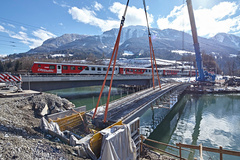 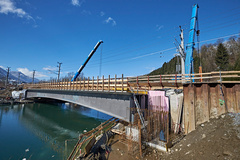 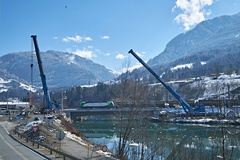