Completion of tunnel boring most important step for project Stuttgart 21

In the framework of the conversion of Central Station Stuttgart to a new railway hub, a special milestone has been achieved: the breakthrough of Tunnel Feuerbach. After around five and a half years of construction, on 5 June it was reached just in front of station Feuerbach, around 15 metres underground.

Now, the missing and last block 3 of the tunnel designed by SSF Ingenieure can be built. A particular challenge was the existing tunnel in this area under which the new tunnel section had to be built.

The combined tunnel-trough line links the existing railway lines from and to Mannheim, Karlsruhe and Paris to the new Central Station Stuttgart. Tunnel Feuerbach was partially built by cut-and-cover method, composite top-down and tunnel boring method underneath an existing tunnel. SSF Ingenieure signed responsible for draft and final design.

Here you can watch a video of the tunnel breakthrough. 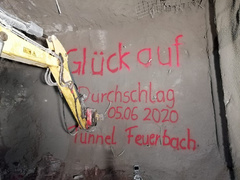 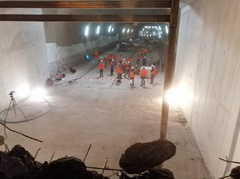 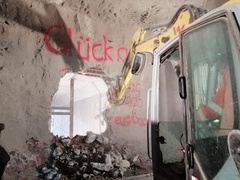 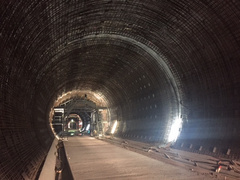