A Swing Bridge in Gdansk

Opening of a new pedestrian bridge over river Motlawa

Recently, a new pedestrian bridge over River Motlawa between the old city and Granary Island in the heart of Gdansk has been opened for traffic. The footbridge is part of a comprehensive project aiming at revaluating Granary Island in Gdansk’s city centre. The project developers Immobel (Belgium) and Multibud (Poland) conducted a realisation competition for this bridge which was won by Studio Benarski Ltd. London.

The crossing ship traffic requires a swing bridge as the necessary clearance cannot be achieved with a fixed bridge. The preferred design solution was a swing bridge optimally integrating into the city’s historic landscape. Our sister office Gdansk SA designed the bridge, produced the final design, tendered and supervised construction services. 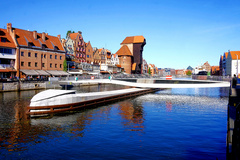 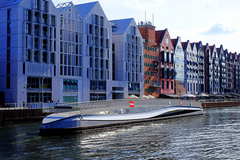 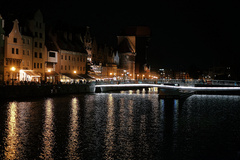 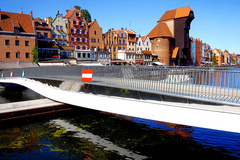 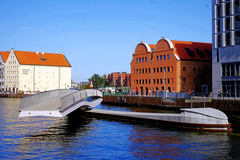